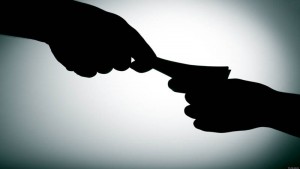 While the political scene is in a ruckus, we have shifted our attention to TV screens current affairs for entertainment. The flaring images of Imran Khan, Nawaz Shareef, and of course,  PPP leaders have all made us numb and indifferent towards the issues that sadly, need more of our attention. However, as the things go, one no longer feels intrigued by the missing persons and dead bodies found in Balochistan; natural calamity hit in Gilgit-Baltistan and KPK; oppression of farmers in Okara; deplorable conditions of health sector and 70% underutilized education funds in KPK; deadly heat wave in Sindh; increased death toll in Tharparker due to malnutrition; the displacements of a large number of people taking place due to Orange Line in Lahore; terrorism and the operation against it taking place in Punjab and many other immediate issues have all been thrown into the dustbin. This is alright. We cannot really dictate the media with our public woes when everybody is seeking financial accountability of Nawaz Shareef over his relatives’ offshore companies and in the end, we all know that we will get nothing from it, except for more melodrama.
Though it is morally wrong of Prime Minister’s children to have offshore companies, but it is not illegal, and perhaps the corruption charges on the Shareef family could never be proved by the judicial commission. On the face value, people objecting and raising questions about the Prime Minister’s financial dealings holds its weight, but nobody is even wondering from where the funds are coming from for huge rallies, sit-ins and protests against the ruling party’s corruption. If one is to be held accountable, then it should be for all without discrimination, and it should be taken across the board. Let’s take an example of the senior military officials who were suspended due to their financial irregularities and possibly corruption. Why can this scandal be not taken into consideration by the political parties decrying Panama Leaks scandal?

It is not just about financial accountability, it should be about administrative accountability too. But we are too oblivious of the fact that nobody’s clean. In fact, every single politician has no credibility in criticizing others financial irregularities. If PPP is calling for resignation of the Prime Minister, then it should also look into other names of late Benazir Bhutto and former Interior Minister, Rehman Malik mentioned in the Panama leaks. According to the State Bank of Pakistan documents, PTI’s Jehangir Tareen, whose private jet Imran Khan uses for his extensive inter country travel, had his loans worth Rs. 99.6 million written off during his service as Federal Minister for Industries and Production during Musharraf’s tenure. According to the documents revealed, he and his son acquired the loans from United Bank Limited in the name of their company, Faruqi Pulp Mills. When it comes to their own shady financial matters, why doesn’t PML(N) have the right to point fingers at PTI as well? Who really has the moral authority to question others?

Corruption in individual capacity is quite different from institutional corruption. It is in fact a matter of governance and transparency. The administration of the predecessor government had been very dismal. The inefficiency of the elected parliamentarians had very damaging results on the national economy . Things were not well prioritized and blame game remained rampant while real issues became negligent, owing to their intense politicization. However, the current scenario is a bit different as aside from individuals’ questionable wealth, the administration, though dictated in many cases, have been less inefficient in comparison to previous government. The security and financial indicators have improved. In fact, in terms of institutional corruption, The Transparency International, an international organization scoring perceived corruption in public institutes has shown positive indicators for Pakistan in its 2015 report, in comparison to 2013.However, it does not absolve Pakistan, by no means, is among the very corrupt countries in the world.
The ultimate consequence of corruption falls directly on the people, especially those belonging to poverty line and below. In 2012, it was estimated that over of the population were living below the poverty line i.e less than $1 a day, and it has not improved much today. But who really cares when the distribution of wealth is highly uneven and accumulated in the hands of a mere 10 % of ultra rich families in Pakistan. There is no accountability when more than half of the national budget remains unaccounted.

Corruption has transcended into our society. So much so many, people have started taking it as a norm, as something that can be justified. Most of the times, many committing corruption at individual level take it as their right. From personal experiences in Pakistan, one cannot help but notice how widespread the menace of corruption is at all levels. From individual to institutional corruption, the streak has become well internalized within the society and for a simple task of getting ID cards, passports and other documents, people have to find connections to get their work done for an amount agreed with a middle man. This is more of a Robin Hood syndrome of people feeling they’ve been denied their social justice hence they have a right to commit it.