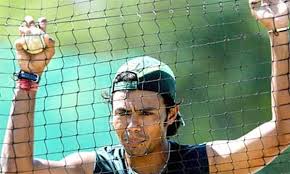 DENIAL OF JUSTICE TO DANISH KANERIA

An ace player,  Danish Kaneria has been persistently denied justice, both at home and abroad. He was accused of corruption by a mere verbal statement of a fellow English county cricket team member, and thus convicted of spot-fixing. However, the fact remains that amidst media’s false portrayal, Kaneria was never legally found guilty of the allegations levelled against him, he was never convicted by a court of law in Britain, and the police had previously let him go free without further interrogation because of no evidence against him. Instead, the English county cricketer, Mervyn Westfield, has been found consistently lying in his testimonies against Kaneria, and every single time, he failed to prove Kaneria’s involvement in spot-fixing. All of this raises many a question on the way Kaneria’s case has been handled at home, either with sheer negligence or with a deliberate intent to malign his career. Pakistan Cricket Board (PCB) witnessed the gross injustice meted out to him as a silent bystander.

It is also noteworthy that the International Cricket Council (ICC) itself has never implicated Kaneria of any wrongdoing. However, the English Cricket Board (ECB) has — despite rejecting Westfield’s testimony because of inconsistent statements and dishonesty — implicated Kaneria of encouraging Westfield into spot-fixing as he introduced him to Anu Bhatt, the businessman who is also a notorious bookie. That he knew a person like Bhatt was testimony enough to establish Kaneria’s involvement in the affair. But it has been grossly ignored that Bhatt was known by other Pakistan cricket team members, including the sitting PCB chairperson, as alleged by the former cricketer, Rashid Latif. Why is it that no investigation was carried out over PCB’s alleged involvement with Bhatt? The ECB had given out detailed findings in June 2012, and declared Kaneria guilty on the sole basis of his acquaintanceship with the bookmaker.

Kaneria could have continued playing cricket with the ban lifted by the board had he agreed to their demand to express remorse and accept the allegations. Instead, he rejected that offer, believing that his integrity would be compromised in doing so. Kaneria was officially banned from playing cricket in 2012. Under the influence, direct or virtual, the PCB had also faced pressure to impose the ban on him without even hearing his account of the story. An Integrity Commission was established to determine Kaneria’s case at home, which required him to produce videotapes from the police by whom he was interrogated, but because the case was sub judice they could not be obtained. As per Kaneria’s account, that condition was deliberately imposed with the knowledge that videotapes could not be obtained from the police at that time. And hence, the case was disposed.

Pertinent queries need to be made about Kaneria, and the implementation of his ban for no solid reason should be addressed. Despite Westfield’s confession, he was sentenced to just three months and was allowed to play in the field again by the ECB. If we are to look into the PCB’s record, even some cricketers who were convicted of spot-fixing were later allowed to play and officially represent Pakistan. How does that justify Kaneria’s ban when nothing has been concretely established against him by the UK courts? Even if he had encouraged and corrupted other players into accepting bookies’ money, he has not been directly proved of any wrongdoing. Logically, it is the action that matters, and Westfield had indeed committed a crime, which he confessed to, yet he did not have to face as severe a penalty as Kaneria had by being banned. That Westfield has been excused for committing the act because he was allegedly encouraged by Kaneria does not hold any substance. Also, as a matter of concern, if the ECB’s finding has made Kaneria responsible for Westfield’s actions, then further investigation and legal proceeding should have been held, which to Kaneria’s disadvantage did not take place. And therefore he could not take advantage of any chance to defend himself against the accusations in light of the evidence produced for and against him.

In all of this, the PCB, as always, has absolved itself of any responsibility to take up the matter, or, at least, assist Kaneria in his case in the UK, probably because doing so would have exposed their own association with Bhatt. Kaneria was never represented by the PCB, let alone be rescued from an unproven allegation. The lack of ownership and sincerity to its players by the PCB has been responsible for demoralising of its players, the stress of which stress is visible through their nervous body language when playing in the field.

The ECB had filed a case against Kaneria for recovery of the costs incurred on him in August 2015; this case is still not over. It has been six long years since Kaneria has been fighting for justice that has been denied to him. Cricket being the only profession he has, Kaneria has no other source of income to sustain himself and his family. This is not just the case about Danish Kaneria justifiably demanding the lifting of ban on him; it is about restoration of his integrity and honour. And he deserves that. Kaneria has also written to the prime minister about his distress, but so far, nobody has heard his side of the story. Belonging to a religious minority, a Hindu by faith, and highly spirited, the loss of him in cricket is indeed a loss for Pakistan’s values of diversity that could have brought a positive image for Pakistan and its cricket board.