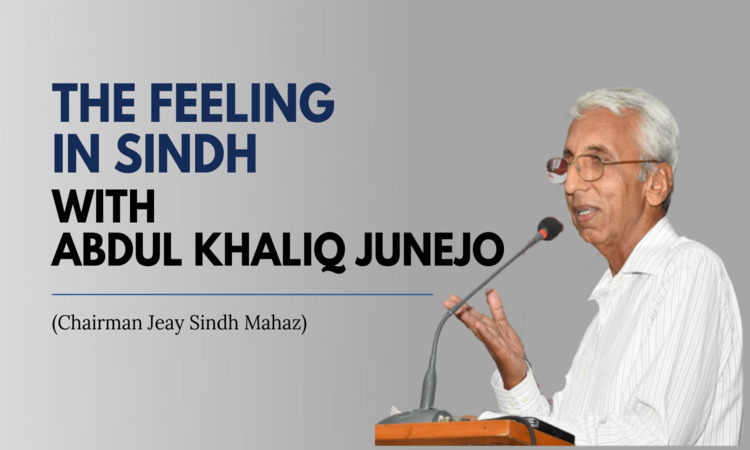 The Feeling in Sindh

A Sindhi Nationalist’s interpretation of the assassination of Benazir Bhutto, leadership change in PPP, recent elections and expectations from the current coalition government in the context of provincial autonomy.

Abdul Khaliq Junejo is the chairman of Jeay Singh Mahaz (JSM) and contributing writer to various newspapers & magazines. He joined JSM in 1972 under the leadership of G. M. Syed. He has been involved in politics since his student days at the Sindh Engineering University where he completed his Bachelors and later his LLB. He hails from Qazi Daro, a small town near the ancient ruins of the Indus Civilization at MohenjoDaro in the district of Larkana.

Directions:
Nehrghar – 5 Zaman ParkOn the canal, cross the mall road and take the 1st left at the Zaman Park signTake an immediate right on the side lane.2nd gate on the left.