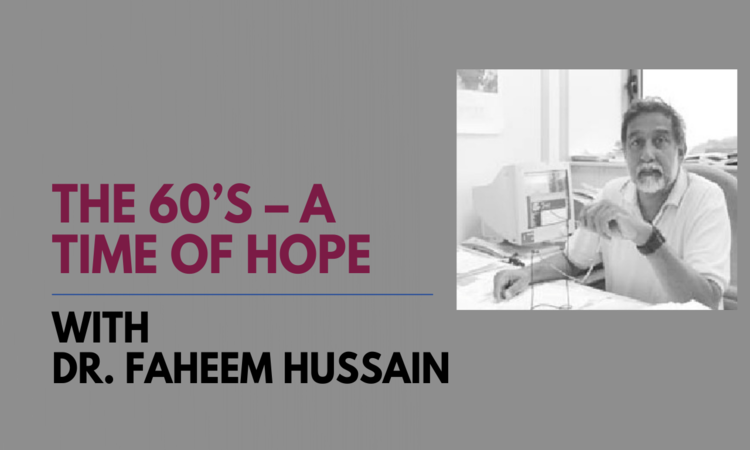 From the perspective of a student of that time, an impressionistic overview of the protest movements in Europe, United States and later Pakistan including Anti-War (Vietnam), Anti-discrimination, Free-speech & Anti-dictatorial (Anti-Ayub).

What can we learn from this time of resistance, hope and change

Dr. Faheem Hussain is currently teaching at LUMS. He has a PhD in Theoretical Physics from Imperial College London though his interests include socio-political movements. He was a part of the social movements in the 60s as a student in London from 1960 to 1966, postdoctoral fellow at Chicago and then as a young faculty member at the University of Islamabad (now the QAU) from 1968 onwards. This was a time of resistance and hope across the world including Pakistan where the Anti-Ayub movement was at its peak and student & trade union involvement was high.Tags:ipss-organised-events