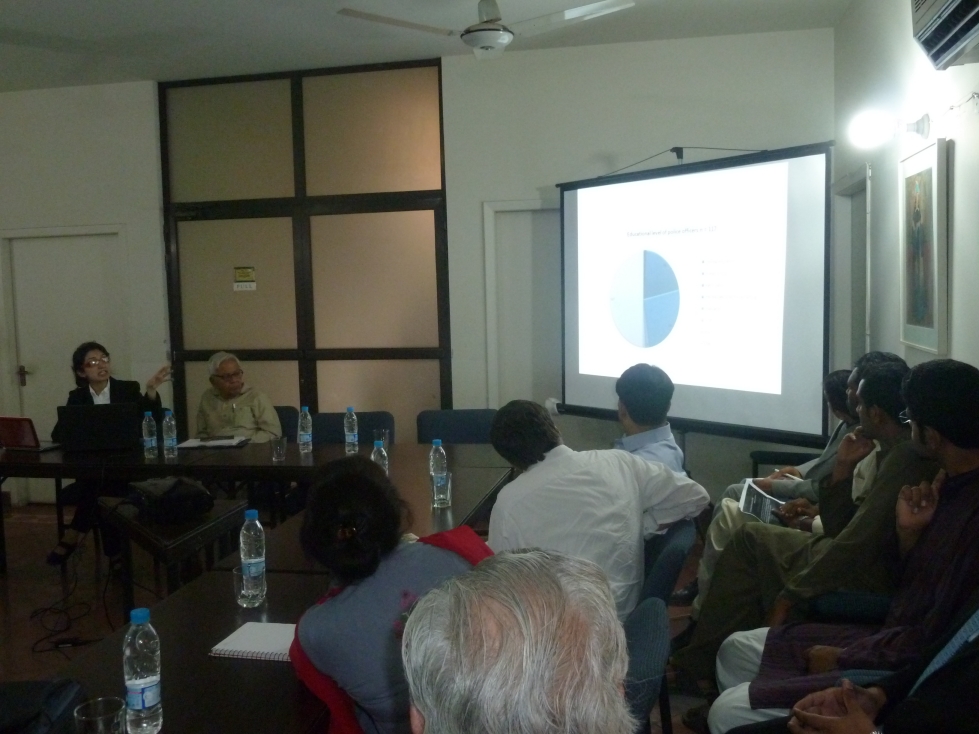 SEMINAR ON POLICE TORTURE IN PAKISTAN

Maryam Arif, J.D. presented findings from her research report on police torture. She said that while Pakistan is a signatory to the United Nations Convention Against Torture, there is not enough awareness about the issue. Her study shows that there is no co-relation between the level of education and awareness about either UNCAT or reporting mechanisms of torture. This is true for both the police and the public.