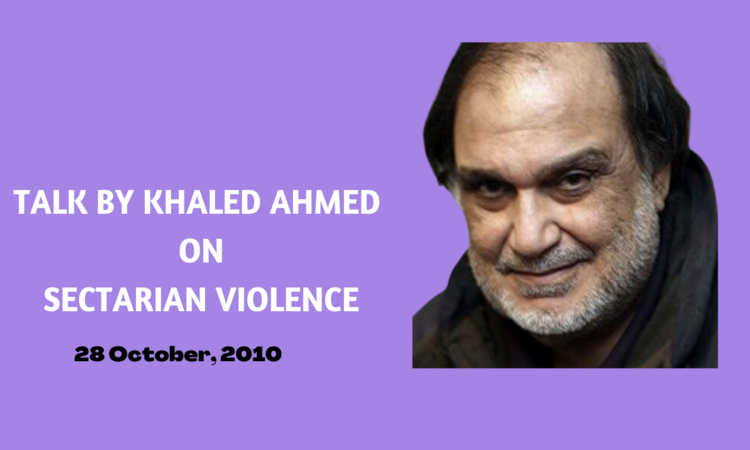 Khaled Ahmed, Consulting Editor Daily Times and The Friday Times, with a 30-year career in journalism, has written on the ideology and politics of Pakistan. His books include Pakistan: Behind the Ideological Mask and Pakistan: The State in Crisis.

Khaled Ahmed’s recent book ‘Sectarian War: Pakistan’s Sunni-Shia Violence and its links to the Middle East’ is an account of how the Shia-Sunni conflict was relocated from the Middle East to Pakistan after the rise of Revolutionary Iran in 1979, through the mediating agency of the rulers in Pakistan and the proliferation of the religious seminaries funded by Saudi Arabia