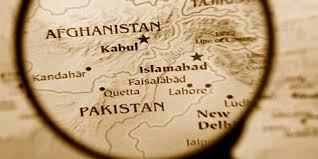 Pakistan today faces a lot of challenges pertaining to its foreign policy. Since Pakistan Muslim League came into power in 2013, the foreign office has been working without a formal Foreign Minister, though on the documents  our Prime Minister’s name who is responsible for this position. However, it becomes difficult for a person who is responsible for Pakistan’s internal affairs and administration to also look after the matters of foreign affairs. In the absence of a Foreign Minister, lack of clarity on foreign policy issues become more obvious. Whether it is about building relations with our neighbors or facing menace of terrorism internally, the loosely defined  objectives of our foreign policy have not yet achieved any major goals.

The Brookings Institute defines the foreign policy as a dynamic and complex political course that nation follows in relation to other states. Broadly speaking the foreign policy of any country seeks to promote its national interest which includes self-preservation, security, well-being of its citizens and promoting the economic interests along with building good relations with its neighbors and other states.

To understand it better, one needs to look at the recent developments that have taken place since May 2016.  On 21st May, Mullah Akhtar Mansoor, the then Taliban commander and head of Afghan Taliban was killed in a US drone attack in the province of Baluchistan. The killing of such high profile wanted terrorist on our soil has put us in an embarrassing position globally. Interestingly, the news was broadcasted by US media first, while it took five days for our Foreign Office to accept that Mullah Mansoor is dead. This development took place just after 18th May when the quadrilateral group on Afghanistan agreed that political negotiations is the most viable way to bring Taliban to dialogue.. The US leadership including President Obama and Secretary of State John Kerry stated that “Peace is what they want and Mansoor was a threat to that”, and warned that they will continue with such attacks if they find any threat to peace in the region. John Kerry further stated that they had informed Pakistani officials and leaders about it prior to this attack. To this, Prime Minister reacting aggressively by condemning drone attacks that have violated Pakistan sovereignty and lodged a strong protest against the Unites States over this incident.

The question is not just about the violation of our territorial integrity but it also about what Mullah Mansoor was doing in in Balochistan with a Pakistani passport. The question is whether or not  the government officials and security agencies were aware of his presence on its soil. And if so, would they brief the nation on this matter and hold accountable those people who gave Mullah Mansoor a safe passage?

While the civilian and military leadership of Pakistan was busy in tackling the post-Mansoor death scenario, three of our regional neighbors were entering an agreement for building trade relations and cooperation. On 23rd May India, Iran and Afghanistan signed a trade corridor deal to turn the Iranian Chabahar Port into a transit hub  which is the the only route for Afghanistan to connect with the Indian Ocean. India committed to  invest $500 million in Chabahar Port for enabling an easy route for the its goods and products to reach Afghanistan and Central Asian states, while avoiding Pakistan. Once this port becomes functional, Pakistan is likely to lose a significant amount of revenue which it currently earns from Afghan transit trade giving access through its soil. The Iranian President considers the deal as a new chapter in their strategic partnership and stated on a television show that “..from Tehran, New Delhi and Kabul, this is a crucial message … that the path to progress for regional countries goes through joint cooperation and utilizing regional opportunities.”

Some of the opinion makers and defense analysts here warned that  the development taking place on Chabahar Port as a rival to the Gwader Port poses both an economical and security threat to Pakistan. However, the Iranian ambassador to Pakistan, Mehdi Honerdoost addressed the think tanks in Islamabad  that the Chabahar Port was first offered to Pakistan and China, before  entering into the deal with India, however, he maintained that Iran is still  open for new partners. In light of this, we should not forget how Pakistan failed to fully make use of the opportunity for improving the crucial Pak-Iran relationship. In fact, the Iranian President, during his visit to Pakistan earlier in March this year, was ridiculed and criticized heavily in the media in reaction to the RAW agent Kulbhushan Jadhav entering into Balochistan through Iran. The negative media coverage impacted, though indirectly, the good relations with Iran. As it is said, early birds catches the worms; so India did its best while making progress towards regional cooperation among its neighbors.

With Afghanistan we are also facing problems in building a sustainable and friendly relationship. The recent event that took place at Torkham border clearly depicts that both countries have become aggressive and  blame each other for the border row, though the border reopened six days after the tussle, but the relations remain tensed. The Afghan government, instead of accepting its failure to bring peace in their homeland, puts the blame on Pakistan for not bringing  Taliban on the negotiating table. On the other hand, Pakistani officials remind their Afghan counterparts about anti-Pakistan militant outfits operating inside Afghan soil who cross into Pakistan through their border.

Pakistan could have enjoyed an  optimal benefit of its location for greater connectivity and cooperation in the region. Pakistan has shown greater interest in acquiring energy resources from Central Asian countries with projects like TAPI and CASA-1000. However, these projects cannot be materialized until and unless law and order situation  improves in Afghanistan.

Also, it will be beneficial for  Pakistan to build its relations with Iran and bring gas and electricity from their side of the border to meet the energy demand of Pakistan. Moreover,if India and China are building strong economic ties despite having differences over key issues, then why can’t Pakistan and India build such relationship for common good? With the exception of China, Pakistan has hardly built better relations with the neighboring countries.With changing regional scenarios, cooperation with neighboring countries would yield greater benefits.

Foreign policy is a complex issue and it should be dealt seriously while taking all its aspects into consideration. Given the present scenario of key developments taking place internationally, time demands Pakistan to make a dynamic foreign policy that is based on cooperation rather than rotting in rivalry with neighbors, and that’s the only way forward to keep itself out of isolation in the international arena of politics.