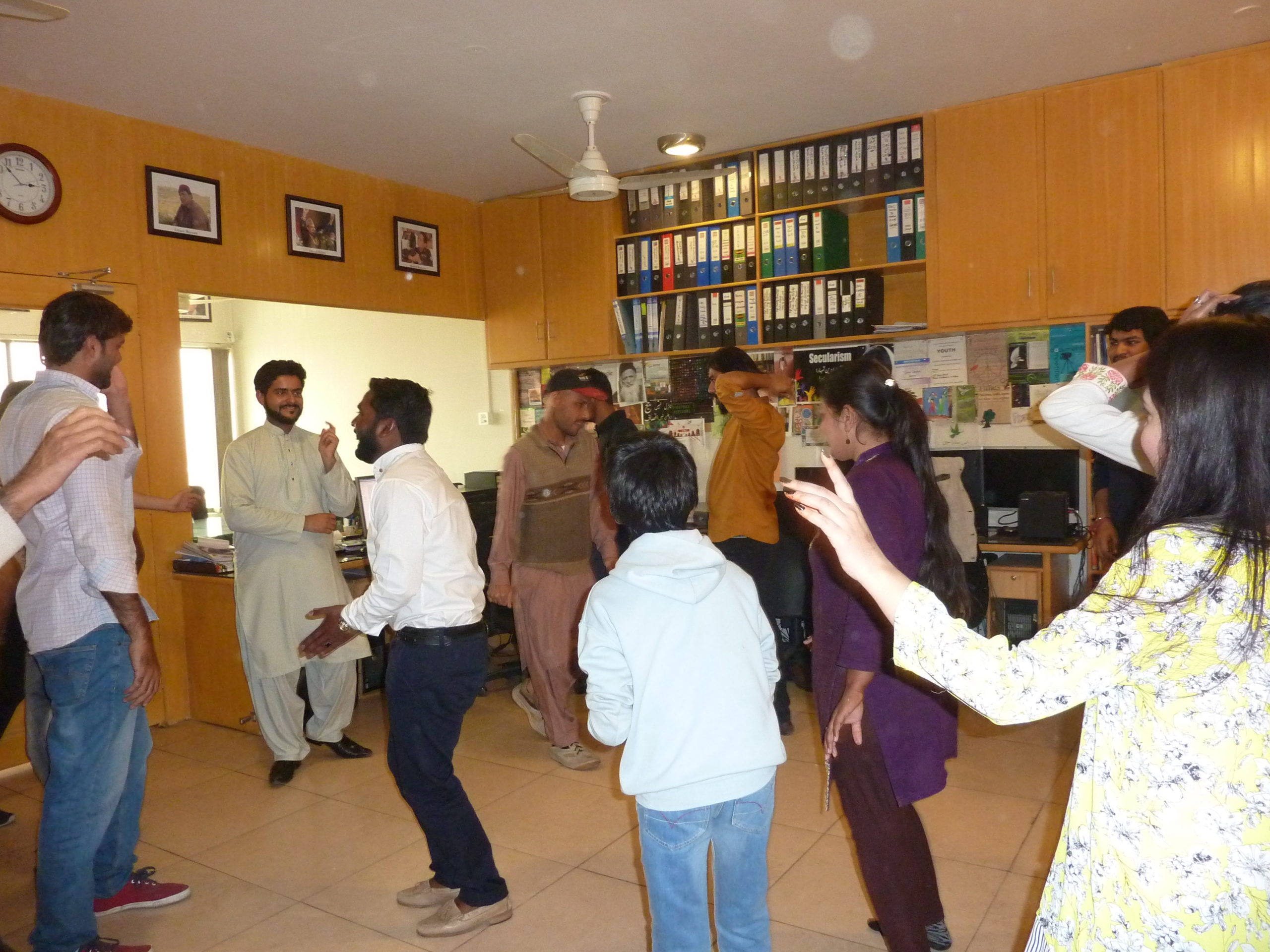 CPSS organized Youth Peace workshops with young people from the Hindu, Christian and Muslim communities. This was an opportunity for folks from different religions to connect with each other under one roof for three days. Renowned peace activist, Mr. Pritam K. Rohila, a non-resident Indian from the United States conducted sessions with a diverse group of young people in the peace camp. A variety of workshops and discussions covered topics such as anger and stress management, sexuality and safe sex, and learning disabilities. The workshops also included creative courses on acting and screenwriting. Senior professors from public and private universities also taught a six-week diploma course on ‘Issues in Politics, Economy and Culture’. One thousand students and young professionals participated in a day-long seminar on ‘Youth United for Coexistence, Empowerment and Enlightenment. Various political parties were invited to host a two-day political school on the ‘Role of Youth in Pakistan’. Historians and political scientists delivered lectures on topics such as ‘Student Movements in Pakistan’, ‘Sectarian Militancy’, ‘Initiative for Youth Empowerment, and ‘Current Scenarios and Responsibility’.